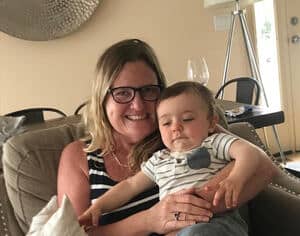 Doreen was born and raised in New York where she lived and worked as an adoption paralegal until 1991. At that time, she moved to the “Sunshine State” and began working with Charlotte. Doreen is also an Adoptive Mother of a beautiful daughter and has been an honorary “aunt” and “foster mom” to many through the years.

Doreen has worked in the last several years in the very important role of Office Manager. She is skilled and experienced in so many areas that her “office management” often involves assistance and collaboration in the paralegal department as well as handling escrow and trust account matters and billing. Having been with the firm for so many years, Doreen has also become the primary facilitator of the communications and reunions between birth families and their adopted children. As an adoptive mother herself, she understands how important and often delicate her role is in this area of the practice. She is especially mindful of the importance of respecting all feelings of all parties in the adoption triad as well as Surrogacy arrangements.

So You Want A Baby?